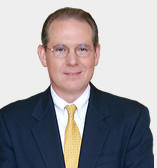 I am writing to express my strong support for an independent review of the Bexar County toll plan. It is the right thing to do for the taxpayers of Bexar County.

I have grave concerns about the way the state has shifted its policy for constructing new highways to only allowing the construction of toll roads. This process is turning free roads already budgeted for expansion, like Highway 281 north of Loop 1604, into toll roads. This is double-taxation and an outrage. These tolls will be infinite and never end. In other states, toll roads paid for 50 years ago are still collecting tolls as a cash cow for government.

To make matters worse, local officials are largely shut out of the process and are having local decisions made by bureaucrats and state leaders in Austin. In June, the Texas Transportation Commission decided to pursue a private bid to build and operate toll roads in Bexar County. San Antonio and Bexar County officials were not allowed to participate or even comment on this decision. The Alamo Regional Mobility Authority, which is supposed to be our local toll road entity, did not even know that this decision was on the Texas Transportation Commission’s agenda.

The secrecy surrounding the Bexar County plan is very disturbing. Local leaders may see the private toll road proposal by Spain-based Cintra and Zachry American Infrastructure, but are prohibited from disclosing any information about the plan to the public. It is unreasonable for the public to be expected to fund a multi-billion dollar toll road system in Bexar County without knowing what they are going to be paying for.

It is time to apply the brakes on this train and allow a little sunshine into this process. That is why I strongly support an independent review of the planned Bexar County toll road system. The City of Austin approved an independent review earlier this year after their toll road authority revealed that the cost per mile for tolls would probably be 44 cents to 64 cents per mile instead of the 12 cents to 15 cents per mile that was initially disclosed to the public. Interestingly enough, Bexar County residents are being told that their toll roads will “only” cost 15 cents per mile to use. It has also come out in Austin that some roads are having their construction delayed because they are waiting to build them as toll roads instead of using existing, available funding to build or expand already planned free highways. Bexar County residents deserve an independent, outside look at what to this date has been a secretive, Austin-driven plan.

I hope the board approves this independent review of the proposed toll road system. Bexar County taxpayers deserve nothing less.